Role of Startups in Economic Prosperity

When it comes to startups, a general perception is that it needs to be in a developed country where all the resources are available
Read More

Voice of America interview with Techsharks

Afghanistan is Perfect for Startups

Most peoples think that startups cannot be created outside of Silicon Valley, and that successful startups only come out of areas with the largest amount of startup support systems.
Read More

The world’s cities are all trying to emulate Silicon Valley’s example and become the next global hub. Leading cities such as London, New York, Tel Aviv, Beijing and Berlin are all creating friendly conditions for startups to thrive.
Read More

(CBS News) California's Silicon Valley may be America's startup mecca, but signs of a new tech revolution across the world may bring the tech startup craze to Afghanistan.
Read More

In The Heart Of Afghanistan, Entrepreneurs Innovate For Peace

Impossibly optimistic and totally obsessed, Afghanistan’s aspiring tech moguls believe that computing will not only help make them money but also secure peace in their land.
Read More 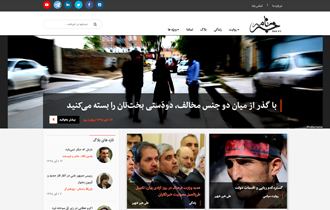