CBS TV NETWORK is the second largest broadcasting network behind BBC, that found us by previews  contacts and interviews we had with medias such as FastCompany, WashingtonPost and Voice of America.

They interviewed and shot videos for three hours,  Alireza Akbari and Mohammad Jafari from Techsharks company were interviewed by the CBS reporters , the discussions was mainly about Technology, Business and Economy after 2014 and also about Techsharks company and its experiences working as a team of Developers  for 10 years in Afghanistan. How we got into web based technology and what were our main obstacles before us? We also discussed about our big targets and dreams for the future of Technology in Afghanistan, TechSharks team and our own as individuals.

The total video interview will be screened online by CBS TV NETWORK website on future, but if interested you can find more photos during this interview on TechSharks facebook fan page.

CBS Corporation (NYSE: CBS.A and CBS) is a mass media company that creates and distributes industry-leading content across a variety of platforms to audiences around the world. The Company has businesses with origins that date back to the dawn of the broadcasting age as well as new ventures that operate on the leading edge of media. CBS owns the most-watched television network in the U.S. and one of the world’s largest libraries of entertainment content, making its brand – “the Eye” – one of the most recognized in business. The Company’s operations span virtually every field of media and entertainment, including cable, publishing, radio, local TV, film, outdoor advertising, and interactive and socially responsible media. CBS’s businesses include CBS Television Network, The CW (a joint venture between CBS Corporation and Warner Bros. Entertainment), Showtime Networks, CBS Sports Network, Smithsonian Networks, Simon & Schuster, CBS Television Stations, CBS Radio, CBS Outdoor, CBS Television Studios, CBS Global Distribution Group, CBS Interactive, CBS Consumer Products, CBS Home Entertainment, CBS Films and CBS EcoMedia. For more information, go to www.cbscorporation.com. 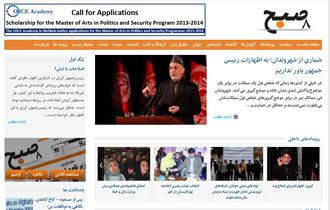